1.4 million women and 700,000 men, suffered domestic violence last year, ONS.
“It reveals a link between poverty and domestic abuse, with women living in the poorest households more than three times more likely to be victims of domestic abuse, than those in higher income families”.
Well what about those women in higher income families what about those business women or women from affluent areas of society, who choose not to report for various reasons.
Under reporting distorts the above figures immensely. The main reason given by those who told someone but did not go to the police were, they were too embarrassed, they did not want to face more humiliation, or they believed that the police could not help. Most of the victims who did not tell anyone said it was because they were too embarrassed about how they would be perceived.
Women become trapped in abusive relationships for fear of losing:
• Fear
• Reputation
• Home
• Not knowing their rights
• Children

Leaving an abusive relationship is the time a woman or her children are most likely to be seriously harmed or even murdered by their partners.
According to statistics, most women will, on average, attempt to leave an abusive between five and seven times before permanently doing so.

When you are in a relationship for a long period of time you can lose identity. You believe in the lies you are told.
We don’t believe in our ability to live an independent life. Emotional abuse is very powerful. We can often be fully functioning in one area of our lives, for example work and another area of our lives is falling apart, for example our home life.
There is also a shame factor involved, which then makes it very hard to open up to anyone.
Colleagues at work or friends cannot resonate with your experience as they have not been victims of abuse. What happens next is it becomes so stressful you develop physical and psychological symptoms…. Which you try to ignore:
• Anxiety
• Depression
• Insomnia
• IBS
• Lethargy
• M.E

Human beings are very good at putting on masks and portraying to the outside world that everything is ok!! However long term our bodies are unable to cope with long term stress and start alerting us with warning signs, which we often choose to ignore.

“My message to women out there who are struggling, I would say to seek help. No one can understand your situation if they are not professionals, they can’t offer you a safe way to leave. Without outside help, there’s no way you can turn the tide around in your favour and improve your situation. It’s very hard for those in a relationship to continue this struggle on their own, so whether you decide to leave or not, phone for help or phone a support group. I think that way you don’t feel isolated”. 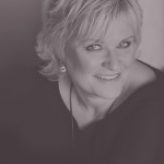